Castor oil packs have been a god send.

If you remember my article about breast thermography, then you might remember me mentioning how I was diagnosed with Fibrocystic breast disease in my early 20s.

Essentially, my breasts are more lumpy and harder than the “typical” breast. Because of this, I was told by my OBGYN that it can make detection of lumps more difficult.

I am fond of alternative healing methods, as I have some innate quality that scares me off from [most] traditional western medicine, so I wanted to see if there was some natural way to treat it, as my OBGYN made it sound like I was stuck with lumpy, hard breasts for the rest of my life.

Upon doing some digging around on the interwebs, I learned about the healing benefits of something called castor oil packs.

I had done them a few times, all willy nilly like, and uncommitted, until I talked with an acupuncturist to see if he could treat my fibrocystic breasts. He responded back with “oh, my wife had fibrocystic breasts, she reversed it with castor oil packs.”

That was all I needed to get my shit together. I started doing them on a regular basis, applying the castor pack to my breasts about 4 times per week for the past 2 months religiously. In two months time, I have felt a significant difference within my breasts, they’re more supple to the touch, not as lumpy, hard, or firm. Thank god. I am excited to go back and get another thermography reading done on my breasts in December to get a more concrete idea of how the castor oil packs have made a positive impact on my breast health.

So what is castor oil?

Native to India, Castor oil comes from the castor seed. It is very high in ricinoleic acid, which is thought to be responsible for its health promoting abilities. In fact, it was once called “palma christe” because its leaves resembled the hands of Christ. It is important to note that while Castor Oil is said to have health benefits, the castor seed itself can be deadly & internal use of castor oil needs to be done with extreme caution.

What can castor oil help with?

Castor oil packs are one of the many ways to get a clogged lymphatic system to flow more freely. The lymph system is so underrated. It primarily moves toxins out of the body but as we age toxins build up, thanks to our food and water supply as well as environmental toxins, medications, vaccinations, conventional body care products, and bras***. As a result, our lymphatic system gets blocked up.

If used on the abdomen or more specifically the right side of it, castor packs are thought to help support the liver and digestive system.

If you deal with menstrual cramps or pain, applying packs to the abdomen can provide relief. Additionally, applying packs on sore muscles can help speed up healing and aid in recovery.

If doing coffee enemas, castor oil packs are a great modality that will work hand in hand with enemas to help elevate symptoms of detoxing, and to improve liver and kidney function.

Castor oil itself (not used as a pack) can be applied to your hair, eyelashes (be very conservative with application so you don’t get any into your eyes), and brows to stimulate growth. Also castor oil is great for dry skin, or to help with liver spots.

***In regards to bras contributing to your lymphatic system slowing down, consider this: there are lymph nodes scattered all throughout your body, including near your breasts and armpits. Continual wear of restrictive bras, especially those that have wires, can put enough pressure on lymph nodes and vessels that make proper flow difficult if not impossible. I’m not a doctor, although I play one on social media, but I’m led to believe due to this, there very well could be a connection between breast cancer and bra wear. Hence, why I use castor oil packs for my fibrocystic breasts. As a preventative measure, I would suggest applying them to your breasts a few times per month if breast cancer runs in your family. #teamnobra #Ineverwearabra #evenwithDcupbreasts 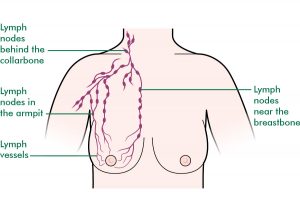 Links of everything I use:

How to Apply the Castor Oil Pack:

I want to round this all out by saying, if you’re looking to use castor oil packs to help with fibrocystic breasts, or to heal your kidneys, liver, etc castor oil packs are only ONE part of the spectrum. I combined castor oil packs with eating whole foods, I hardly ever drink alcohol, I use medicinal cannabis, and plenty other healing modalities. In fact, these are things I had already been doing long before castor oil packs came onto my radar, but with the addition of castor oil packs I am confident I have already started to reverse the health of my breasts.

I am curious- do you have any interest in using castor oil or castor oil packs after what you’ve learned?

What Plastic Surgeons Don’t Want You to…
September 6, 2017 1 Comment 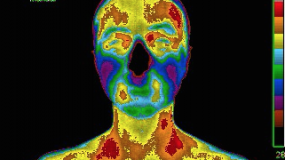